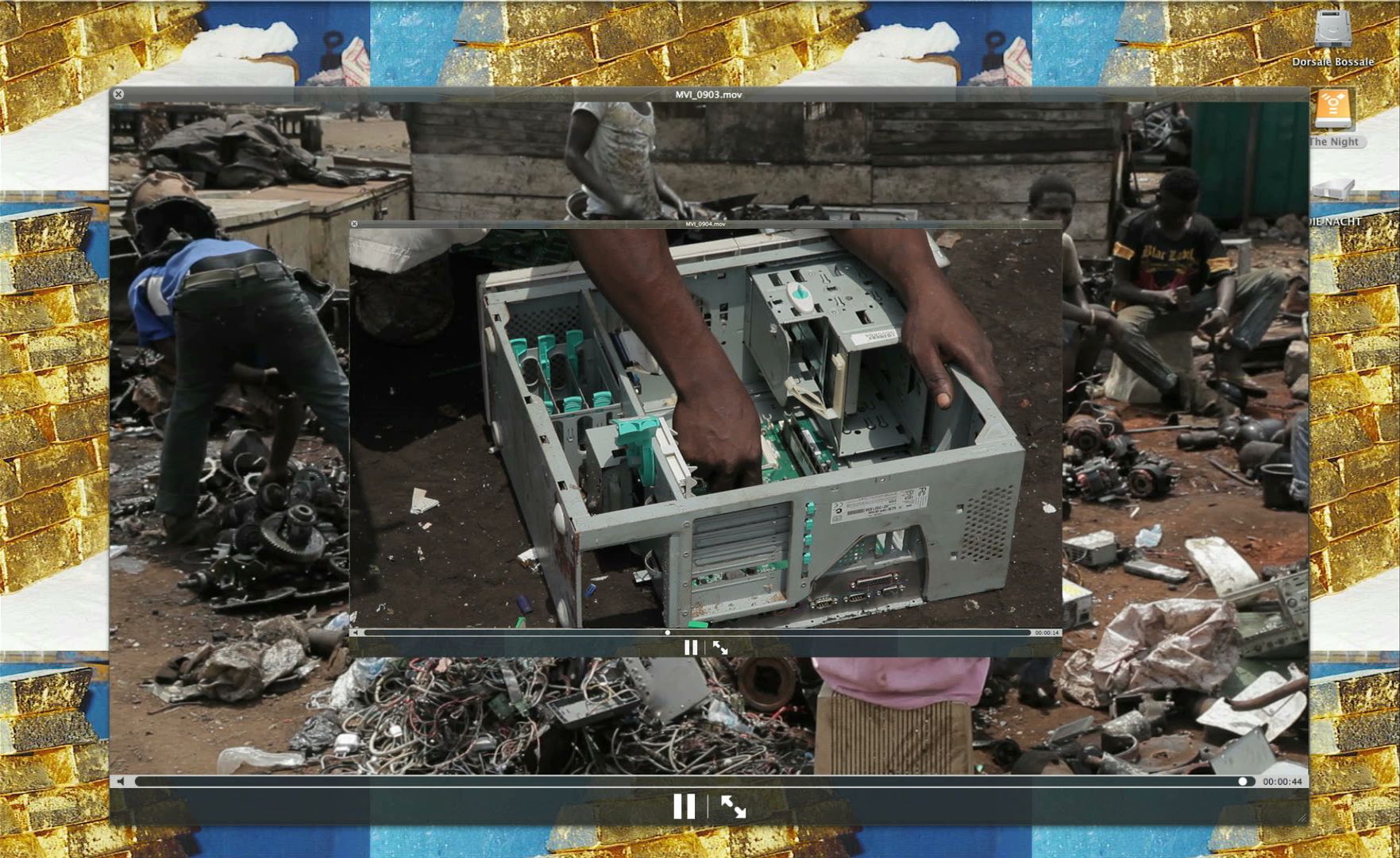 All That is Solid

There exist multiple tensions between the amplification of aesthetic or cultural pursuits and the political conditions, movements, and matter of making. This program focuses on the latter—video essays and strategic pop aesthetics are noted formal approaches to the illumination of such tensions. how will climate change affect the web extension of certain global video streaming and television sites, or ants? The lessons of extractions beget disappearances behind a veil of capital’s trinkets.
—Steffanie Ling

King Edward VII Equestrian Statue Floating Down The Don River, Life of a Craphead
Toronto Premiere, Canada, 2018, digital, 9 min, English
In 1969, a prominent Toronto businessman and politician purchases a “great equestrian statue” for Queen’s park. The statue still bears the original plaque stating that man depicted on the horse is “The Emperor of India.” In 2017, Life of a Craphead dumps a replica of the colonial monument in the Don, where it floats down the toxified river, making a strong proposal for corrective action.

Myrmex, Elisabeth Molin
International Premiere, Greece, 2018, digital, 3 min
Ants scurry across the fragmented surfaces of classical Greek sculptures in the Agora, showcasing a zone of subsistence within an ancient marketplace.

Breaker of Horses, Pernille Matzen and Nanna Rebekka
Toronto Premiere, Denmark, 2015, Digital, 14 min, Danish
The long patinated surfaces of monuments celebrating the heroics of conflict have death and slavery sublimated into them, but their image propagates the alignment of death with glory, allegiance, progress. Breaker of Horses, structured as a formal and symbolic reading of two monuments, unravels the Belgian colonization of the Congo as a king’s ruthless and flippant pursuit of beauty, civic decor, and self-styled accolades.

All That Is Solid, Louis Henderson
France, 2014, digital, 16 min, English/French
Wouldn’t you like to know the mineral weight of the cloud? filmed in the agbogbloshie electronic waste ground in accra and illegal gold mines of ghana, All That Is Solid critiques the capitalist myth of the immateriality of new technology.

.TV, G. Anthony Svatek
US/Tuvalu/New Zealand/France, 2018, digital, 22 min, English/Tuvaluan
Voicemails left by an anonymous caller from the future guides us to the remote islands of Tuvalu, perhaps the first country to “disappear” due to rising sea levels, and the vastly popular and surprisingly lucrative country- code web extension, .TV, along with it. The caller describes how heat, digital screens, and distance gave him no choice but to leave his sinking home and escape into cyberspace, where rising waters will never reach him.

Life of a Craphead is the collaboration of Amy Lam and Jon McCurley. Their work spans performance art, film, and curation. The name “Life of a Craphead” comes from the opening joke of the very first live comedy routine they performed together in 2006. Amy is Chinese and Jon is Vietnamese-Irish and they live and work in Toronto, Canada.

Pernille Lystlund Matzen is an independent writer and filmmaker currently living in Copenhagen. Her work concentrates on new documentary forms, video art and essayistic modes of filmmaking. She holds a master’s degree in Art History and Modern Culture from Columbia University, Universität der Kunste, Berlin, and Copenhagen University. She currently works as an art critic at the Danish newspaper Information.

Nanna Rebekka is an independent filmmaker based in Copenhagen. Her work lies within the realm of hybrid fiction, documentary and video art. She has studied filmmaking at Center for Digital Arts and Experimental Media, University of Washington and at School of the Arts, Media, Performance & Design, York University. She is a former member of MIX Copenhagen LGBTQ Film Festival.

Louis Henderson is a filmmaker who is trying to find new ways of working with people to address and question our current global condition as defined by racial capitalism and the ever-present histories of the European colonial project. Their working method is archaeological.

G. Anthony Svatek’s films have screened at numerous international festivals, such as New York Film Festival, International Film Festival Rotterdam and Ann Arbor Film Festival. Anthony serves as a board member at The Film-Makers' Cooperative, staffs at the Flaherty Film Seminar, produces for BBC World News, and volunteers at the American Museum of Natural History.

Image: Still from All That Is Solid (2014). Image copyright of the artist, courtesy of Video Data Bank, www.vdb.org, School of the Art Institute of Chicago 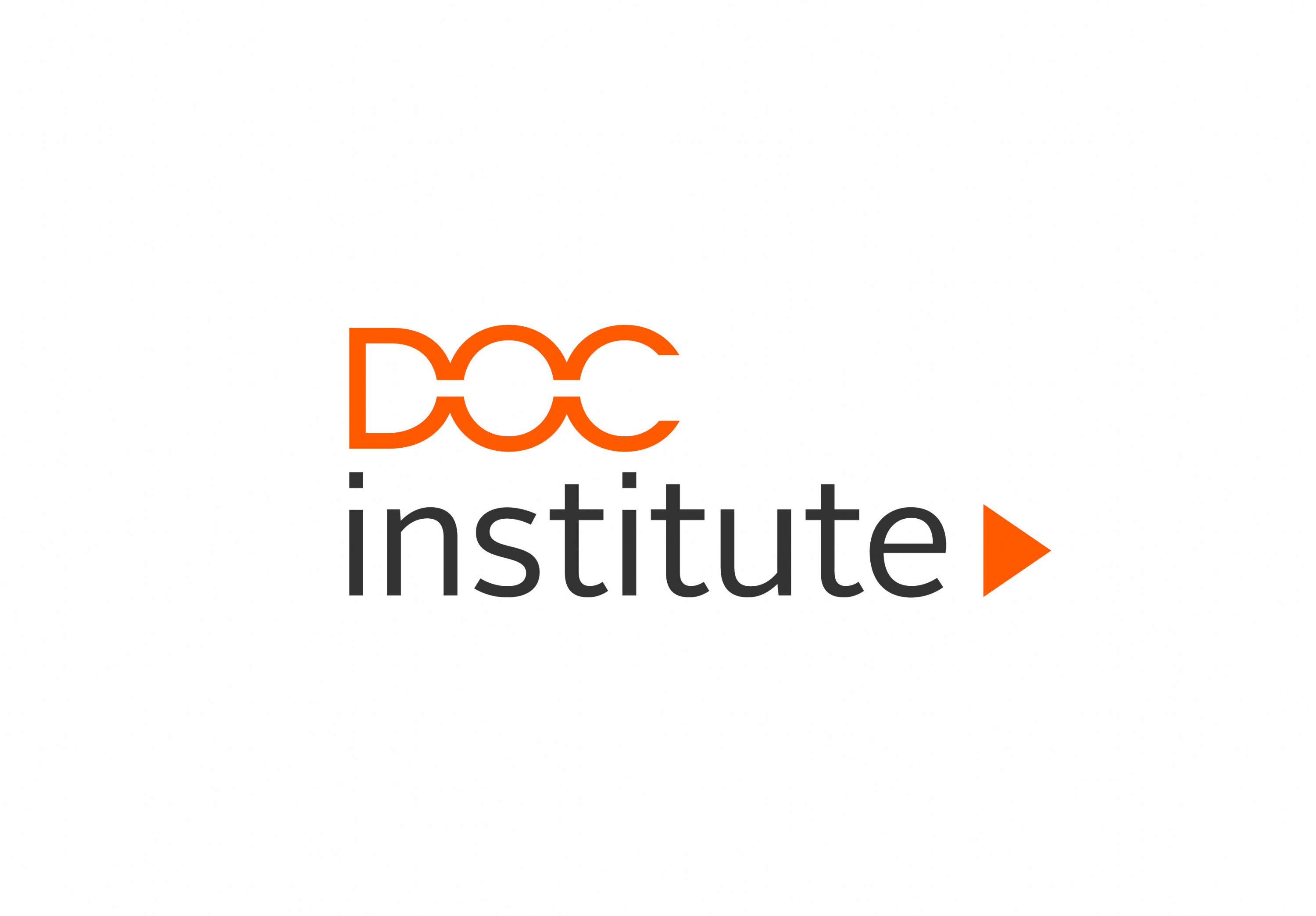