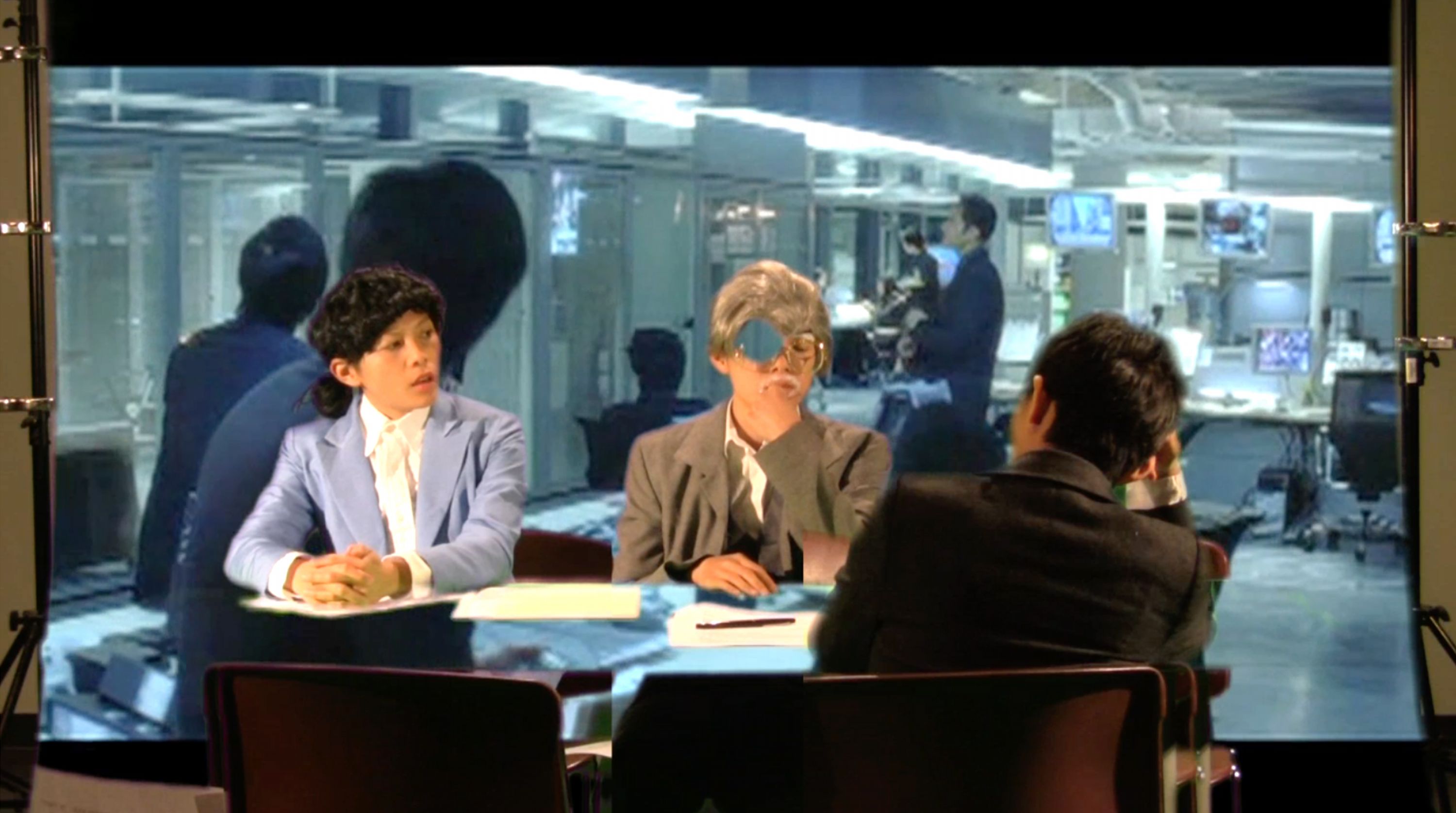 Murky Colours is based on a spy novel by Menjin Wei, the filmmaker’s father. It is not, by any measure, a conventional adaptation, although it does begin to chart the poetics of one. Through the arena of participatory documentary and film essay, fiction and document seem to conspire to tell a story of an unrealized film as family heirloom.

Menjin’s novel was written with the aspiration of being adapted into a Hollywood film. In his daughter’s adaptation, all the markers of the genre are present but unravel through KC Wei’s arrangement of drama and archive that come together with a writerly consideration.

Action scenes are intercut with Wei interviewing her father, him reading from his manuscript, gonzo footage of their family trip to China, and Hollywood and Hong Kong action films. Her editing and post-production techniques amplify the tropes of spy movies and pulp novels. The adaptation of Murky Colours, revitalized within its own lifetime, pulls its viewer into considering the internal chronologies of an artwork.
—Steffanie Ling

Read The Tender Sorrow of Casey Wei, an essay by Tiziana La Melia published in our 2019 Catalogue.

Preceded by
In Free Fall, Hito Steyerl
Germany, 2010, digital, 32 min, German/English
If we follow the disintegration of a Voeing 707-700 4X-JYI, we are put on the trajectory of the global economic crisis. One day you’re flown by Mossad, the next, blown up behind Keanu Reeves. A neverending swan song.

KC Wei is an interdisciplinary artist, filmmaker, and musician based in Vancouver. In 2016, she began Agony Klub, a music and printed matter label that releases material under the framework of the “popular esoteric”. Her music projects include Kamikaze Nurse, hazy, and Late Spring.

Hito Steyerl is a German filmmaker, visual artist, writer, and innovator of the essay documentary. Her principal topics of interest are media, technology, and the global circulation of images. Steyerl holds a PhD in Philosophy from the Academy of Fine Arts Vienna and is currently professor of New Media Art at the Berlin University of the Arts. (Tate)

Born in Italy and currently living on unceded Coast Salish territories, Tiziana La Melia is the author of Oral Like Cloaks, Dialect: Selected Writing and the chapbook Broom Emotion. She has had recent solo and collaborative presentations at LECLERE Centfare d’art, galerie anne baurrault, CSA Space, Damien and the Love Guru.

Image: Secretary Huang leading a meeting on how to stop the terrorists. KC Wei, Murky Colours, 2016