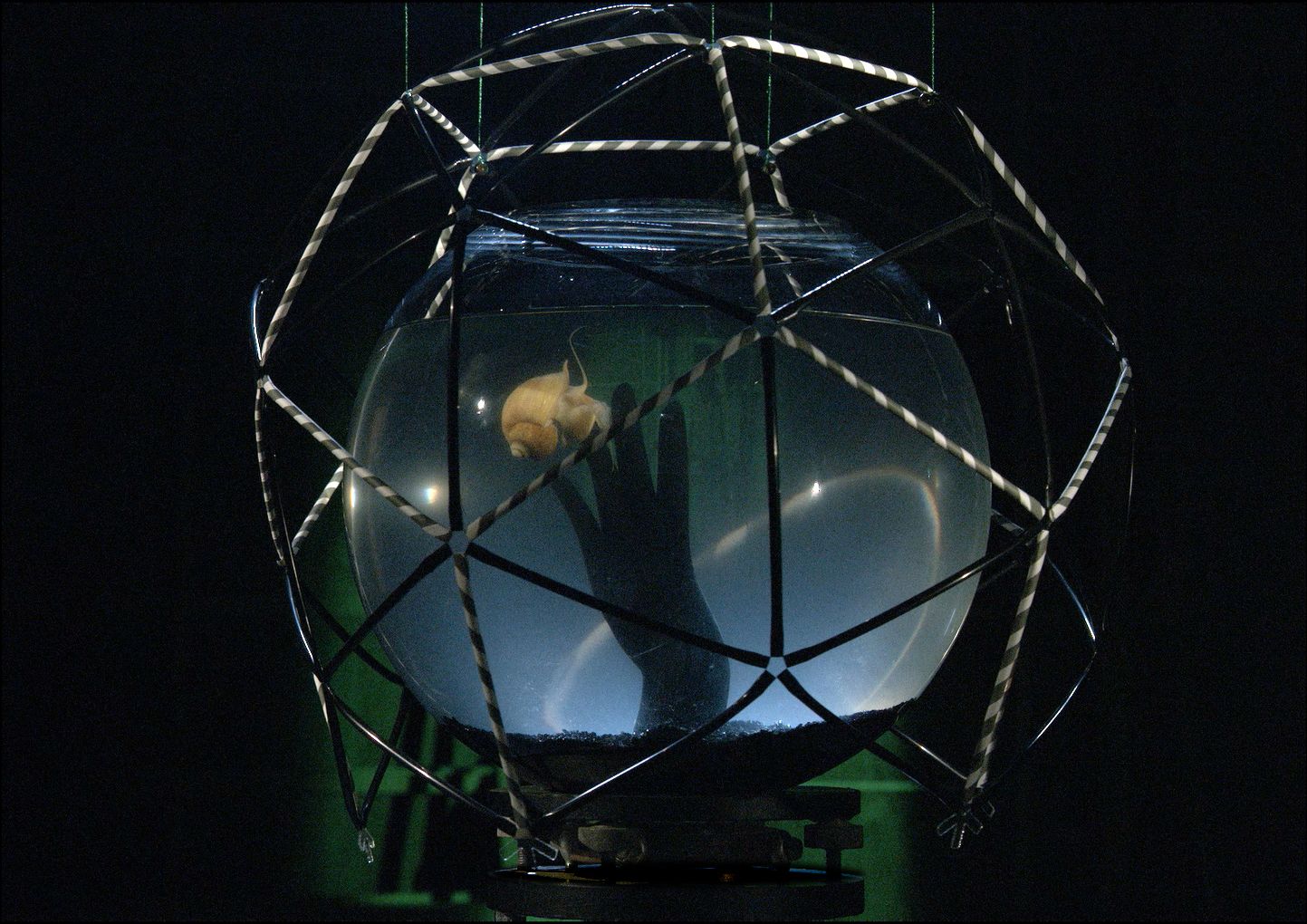 ***Rush tickets for this event will be for sale at the door. Rush tickets are subject to availability.

There will be a free shuttle bus departing from Innis following the Student Program: A Black Hole is a Black Hole in the Ground and going to the Cinesphere on April 18 at 7PM.

This program presents five original IMAX commissions, giving artists a unique opportunity to experiment with the large screen format. In keeping with the cinematic genre typical of IMAX films—the larger-than-life landscape that forms an outer world beyond the limits of the human sensorium—each of the films explores expanded cinema through different ecologies of the non-human: the forest, lichen, snails, water, and sky. The works propose different worlds of experience and distinct grammars of immersion through a meeting with the camera.

The invited artists in this program, Oliver Husain, Lisa Jackson, Kelly Richardson, Michael Snow, and Leila Sujir, imagine common worlds by reflecting upon the exigencies of intercultural and interspecies communication. This task has taken on great urgency in the 21st century as we grapple with how to adapt to the ecological realities brought about by anthropogenic climate change.

The term “Anthropocene” describes our current geological age, characterised by a massive acceleration in the geohistory of the earth. For some artists in this program this notion provides a means to reimagine our entanglements with nature and our damaged planet. For others, the new universalizing discourse of species avoids the real culprit: the Capitalocene. As expressed by Donna Haraway, the Capitalocene is the relationship between the commodification of the earth and the Anthropocene. These notions are critical as we rethink the future of global citizenship, a future that depends on our capacity to communicate across cultures and species to reimagine the worlds we share.
—Janine Marchessault

Co-produced by the Public Access Collective and True Frame Productions.
This is one of the 200 exceptional projects funded through the Canada Council for the Arts’ New Chapter program. With this $35M investment, the Council supports the creation and sharing of the arts in communities across Canada.

Aerial, Leila Sujir
World Premiere, Canada, 2019, IMAX digital, 10 min, English
A west coast rainforest seen through a drone-mounted camera. Moving rapidly as if it were a hummingbird, it hovers, zigzags horizontally, then vertically. Four white embossed stills of a forest landscape extend the possibility of inner spaces encouraging us to step back into ourselves, to contemplate, and to engage with memory and the recording process.

Lichen, Lisa Jackson
World Premiere, Canada, 2019, IMAX digital, 10 min, English
Lichen is an otherworldly film that takes a deep dive into a species that confounds scientists to this day. Ancient and diverse, thriving in adversity, lichen is a model of ‘emergence.’ This film reveals the hidden magical beauty of this remarkable life form and asks what we might learn from it.

Garden of the Legend of the Golden Snail, Oliver Husain
World Premiere, Canada/Indonesia, 2019, IMAX digital 3D, 13 min, English/Indonesian
Referencing a popular fairy tale and a new source of protein, the first IMAX cinema in Indonesia—the Keong Emas Theatre—was built to resemble a golden apple snail. Moving between tiny and monumental, soft and solid, mythical and invasive, this graceful animal is making its slow-paced way through the topography of IMAX cinema itself.

Embers and the Giants, Kelly Richardson
World Premiere, Canada, 2019, IMAX digital, 7 min
Embers and the Giants presents an endangered, old-growth forest during twilight, articulated by thousands of embers of light. Are we witness to a rare, exceptionally beautiful display of fireflies? Or is human intervention at play, suggesting a time when we’ll need to amplify nature in order to convince the public of its worth?

Over the last thirty years, Leila Sujir has built a body of video art works using a mix of fiction, fantasy and documentary with visual and audio collage techniques. Her works have been shown in group shows at the Museum of Modern Art, the Tate Gallery, and most recently at the Fotofest Biennial in Houston, Texas and at the Art Gallery of Greater Victoria, BC.rts.

Anishinaabe filmmaker Lisa Jackson's genre-crossing work includes fiction, documentary, animation, virtual reality, and a musical. Her work has been screened at festivals around the world, aired on Canadian TV networks and has garnered her a Genie award. Her recent VR piece Biidaaban: First Light premiered at Tribeca’s Storyscapes and has played internationally to great acclaim.

Taking cues from landscape painting, cinema, and planetary research, Kelly Richardson crafts video installations and photographs that offer imaginative glimpses into the future and prompt careful considerations of the present. Her work has been selected for the Beijing, Busan, Canadian, Gwangju and Montréal biennales, as well as major moving image exhibitions including TIFF and Sundance.

Visual artist and musician Michael Snow’s films have been presented at festivals around the world and are in the collections of several film archives, including Anthology Film Archives, the Royal Belgian Film Archives, and the Oesterreichisches Film Museum.

Image: Oliver Husain, Garden of the Legend of the Golden Snail, 2019.