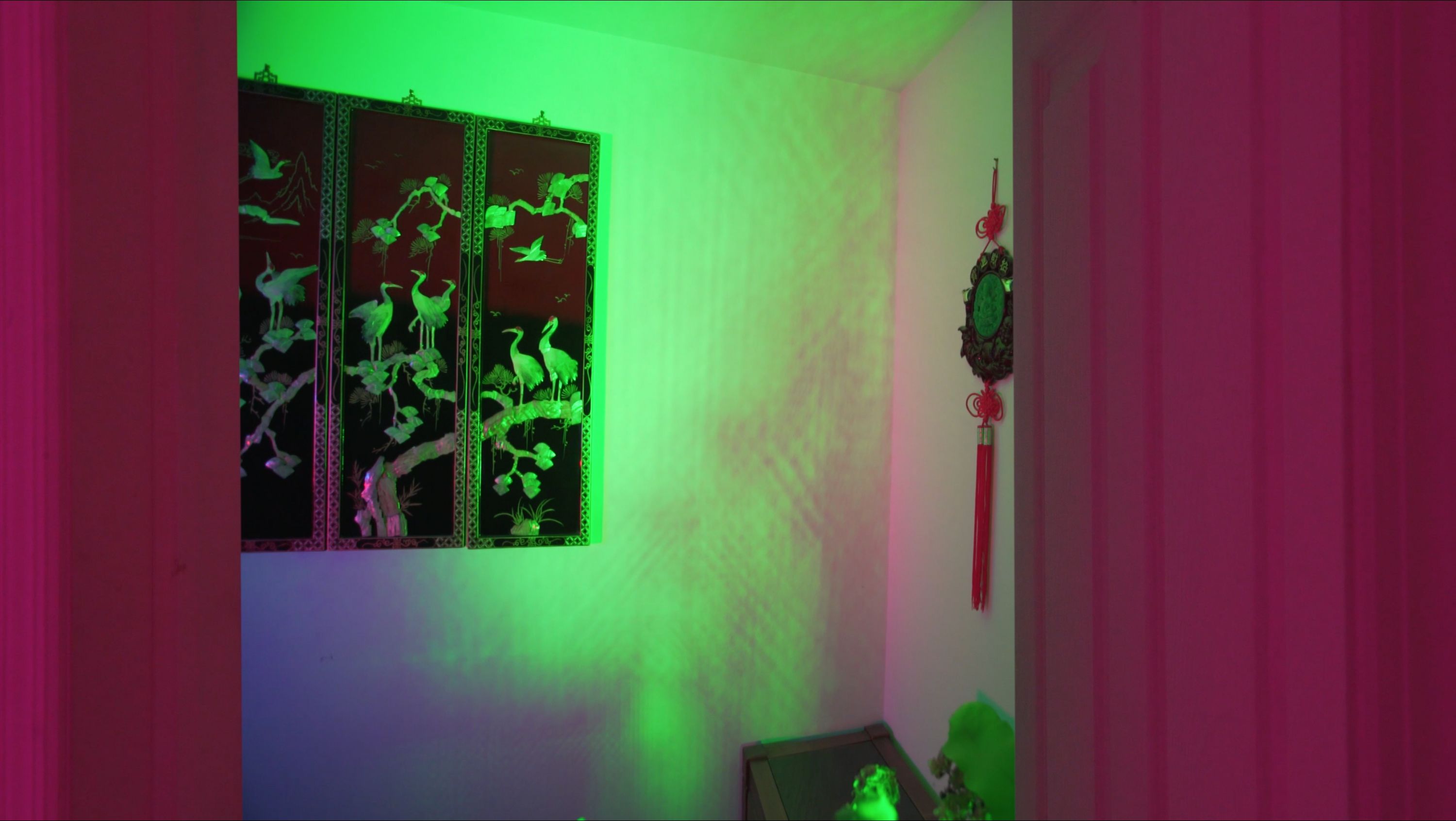 The ongoing discourse of Domestic Cinema springs from Gabi Dao’s film The Protagonists. Examining the relationships that can be created through moving digital images and incorporated sound produced in close proximity to our homes, Domestic Cinema counters the dramatization of the home as a site of nostalgia and psychoanalysis, in the lives of marginalized or diasporic demographics. Instead, this program presents the domestic as a playground for identities to flourish, blush, retreat, or trumpet.
—Steffanie Ling

And What Is The Summer Saying?, Payal Kapadia
North American Premiere, India, 2018, digital, 21 min, Marathi
Namdeo has learned to live off the forest from his father. He stares at the treetops, searching for honey. The wind blows and afternoon descends on the small village by the jungle. Women of the village whisper little secrets of their lost loves.

The Lining, Charlotte Zhang
Toronto Premiere, US/Canada, 2018, digital, 21 min, English
The sweet and controlled banter between the family, friends, and lovers of a Los Angeles teen. Love and friendship are quietly discussed, or knowingly intimated in the bonds we witness during ritual and hang-out.

Dana Claxton is a Hunkpapa Lakota filmmaker, photographer, and performance artist. Her work looks at stereotypes, historical context, and gender studies of Indigenous peoples of the Americas, specifically those of the First Nations. In 2007, she was awarded an Eiteljorg Fellowship for Native American Fine Art.

Maria Paz Ramirez Larrain is an audiovisual artist from Santiago, Chile and Laura Acosta is a performance and textile artist from Bogota, Colombia. Both artists currently reside in Montreal, Canada, and draw from their experiences as immigrant women of colour to question how different individuals claim space.

Payal Kapadia is a Mumbai based filmmaker and artist. She studied Film Direction at the Film & Television Institute of India. Her earlier work includes Afternoon Clouds (2017), The Last Mango Before the Monsoon and Watermelon, Fish & Half Ghost. She is currently developing her first feature, which was selected for the Three Rivers Residency, Rome.

Charlotte Zhang (b. 1999) is a filmmaker and occasional writer from Vancouver Island, currently studying Film/Video at California Institute of the Arts.