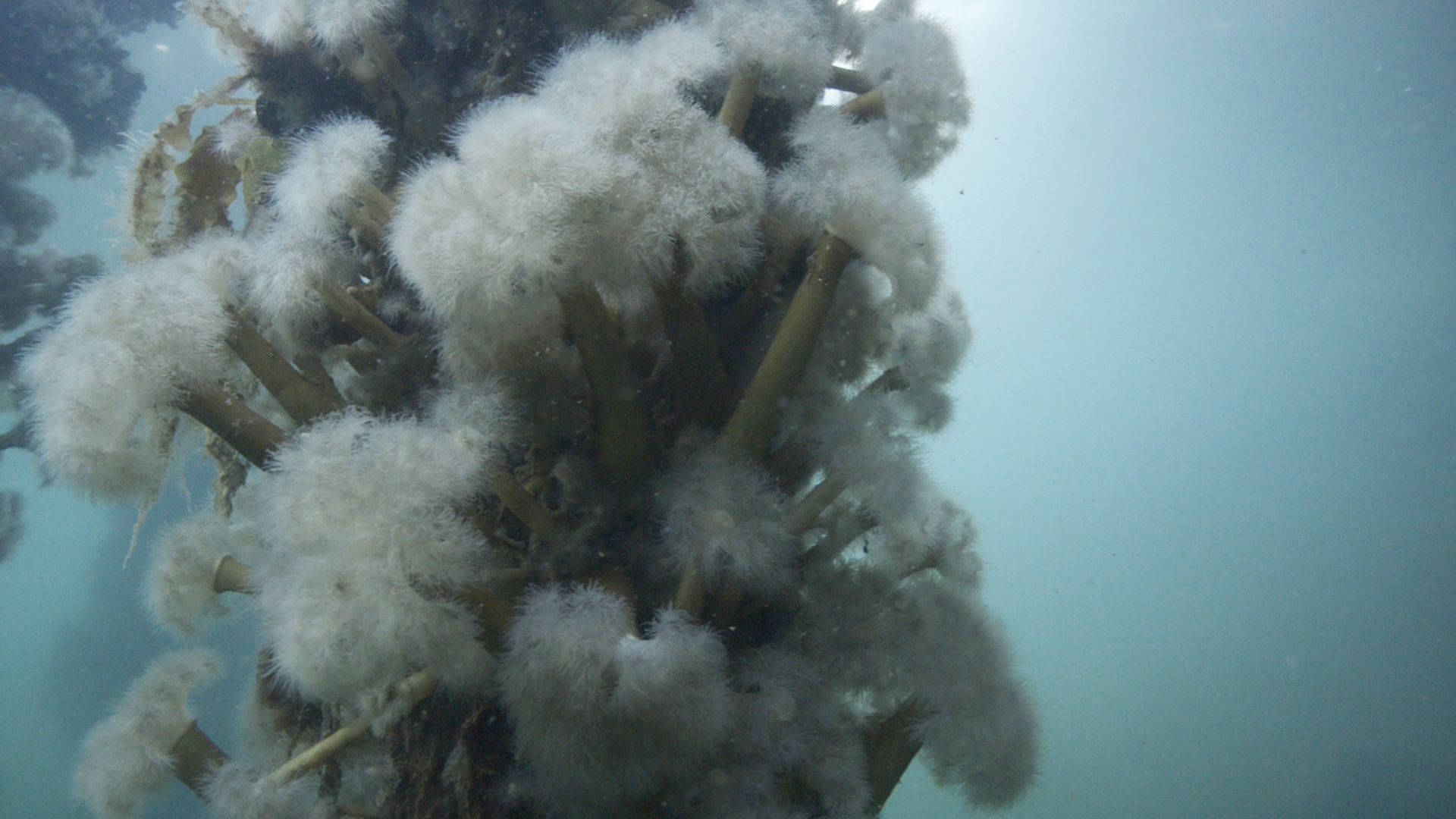 Sirenomelia is called The Mermaid Syndrome, a rare condition where the lower limbs are fused. In Emilija Škarnulytė’s video Sirenomelia (2016), the condition becomes a poetic device that hosts world of double mythologies.

Sirenomelia opens on the frozen landscape. Shot in the abandoned underwater docks of Olavsvern, a decommissioned naval base built to conceal American submarines, and The Geodetic Observatory of the Norwegian Mapping Authority at Ny-Ålesund, Spitsbergen, the audio we hear are the sounds of deep listening, the drones and beeps as recorded by the enormous observatory satellite dish. Škarnulytė escorts us through the empty, submerged bays — conducting a exploration in this underwater environment inhabited only by the ghosts of the Cold War. Here, we encounter what she calls “the “counter-mythology of (that era)…what the East believed about the West and vice versa.” With her post-human body clad in a single-finned skin suit, she undulates into the world of the mermaid where water – even frozen water – is full of life.
—Curated by Lisa Steele

Emilija Škarnulytė is a nomadic visual artist and filmmaker. Between the fictive and documentary, she works primarily with deep time, from the cosmic and geologic to the ecological and political. She currently co-directs Polar Film Lab, a collective for 16mm analogue film practice located in Tromsø, Norway.

Lisa Steele is founder and Artistic Director of Vtape. Steele has worked in collaboration with Kim Tomczak since 1983, producing videotapes, photo works and installations that have been featured in exhibitions in Canada and beyond. They are the recipients of a Governor General’s Award for Lifetime Achievement in Visual and Media Arts, the Canada Council.