Mercer Union is delighted to present the first exhibition in North America by Franco British filmmaker Beatrice Gibson. Plural Dreams of Social Life takes its title from Bernadette Mayer’s The Desires of Mothers to Please Others in Letters (1994) written during and in response to the gestation of her third pregnancy. Mayer’s book is comprised of a series of crabby and ecstatic letters—to friends, contemporaries, objects and the dead—chronicling and connecting the labour of childbearing and the labour of writing, whilst situating both in a profoundly communal space. In similar fashion, Gibson’s two new films, I Hope I’m Loud When I’m Dead (2018) and Deux Soeurs Qui Ne Sont Pas Soeurs (2019) co-commissioned by Mercer Union, see the artist seeking out a more explicitly female lineage while addressing the anxiety and intimacy of motherhood as it interfaces with a world mediated by images of terror.

As deeply citational works, formed by on- and off-screen relationships, Gibson’s new films feature friends and contemporaries alongside figures who have supported and enabled her working life; from Diocouda Diaoune, her son’s first carer, to renowned American poet Alice Notley, whose pioneering poetry on motherhood, the daily, dreams and the unconscious, is profoundly connected to Mayer’s poetry. It is through this porous and leaky constellation of relationships, both academic and concrete, that Gibson figures the present moment, proposing friendship, kinship, intimacy and empathy as tools for navigating an ever more unsettled world.

Featuring celebrated American poets Eileen Myles and CAConrad, I Hope I’m Loud When I’m Dead was developed on the eve of the 45th American presidential inauguration in 2017, and filmed throughout the following year in America and Western Europe. Titled after a poem by CAConrad, the work is an intimate 16mm film weaving together images of the artist’s children with poems by Conrad and Myles, alongside the words of fellow poets: Adrienne Rich, Alice Notley and Audre Lorde. In bringing these words together across time, Gibson summons a collective spirit to reckon with an increasingly turbulent present. Her connection to the Grenfell fire in London and asylum seekers off the coast of Sicily give urgent and personal cause to the film. Solaced by prose and possibility, Gibson casts the poet as prophet fit to navigate the complexities of human experience during times of fear and fragility.

Made over the same period, Deux Soeurs Qui Ne Sont Pas Soeurs takes Gertrude Stein’s eponymously named screenplay as its point of departure. Stein’s script was written in 1929 amidst rising fascism across Europe. Set almost a century later, Gibson’s adaption deploys Stein’s original as a talismanic guide through a contemporary moment beset with social and political unrest. Featuring a close network of friends and practitioners and playing on Stein’s interest in autobiography and fiction, Deux Soeurs is both an abstract crime thriller and a collective portrait of its cast that eschews conventional narrative form in favour of a more dream-like and associative montage. Two serendipitous pregnancies and the election of yet another authoritarian nationalist becomes the trigger for a deeper personal exploration of ideas around inheritance, responsibility, ethics and futurity. Shot on 16mm anamorphic by close friend and collaborator Ben Rivers, Deux Soeurs Qui Ne Sont Pas Soeurs features an original soundtrack by composer Laurence Crane.
—Curated by Julia Paoli

Beatrice Gibson is an artist and filmmaker based in London. Her films are often improvised in nature, exploring the pull between chaos and control in the process of their own making. Gibson is twice winner of The Tiger Award for best short film at the Rotterdam International Film Festival and winner of the 2015 Baloise Art Prize, Art Basel.

Julia Paoli is the Director of Exhibitions and Programs at Mercer Union, Toronto.

The exhibition is presented by Mercer Union and realized in partnership with Scotiabank CONTACT Photography Festival and Images Festival. 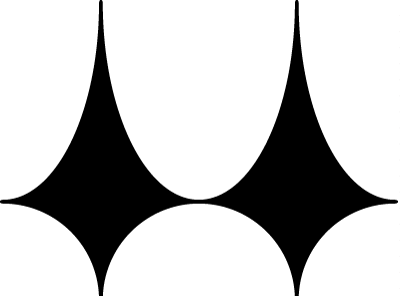