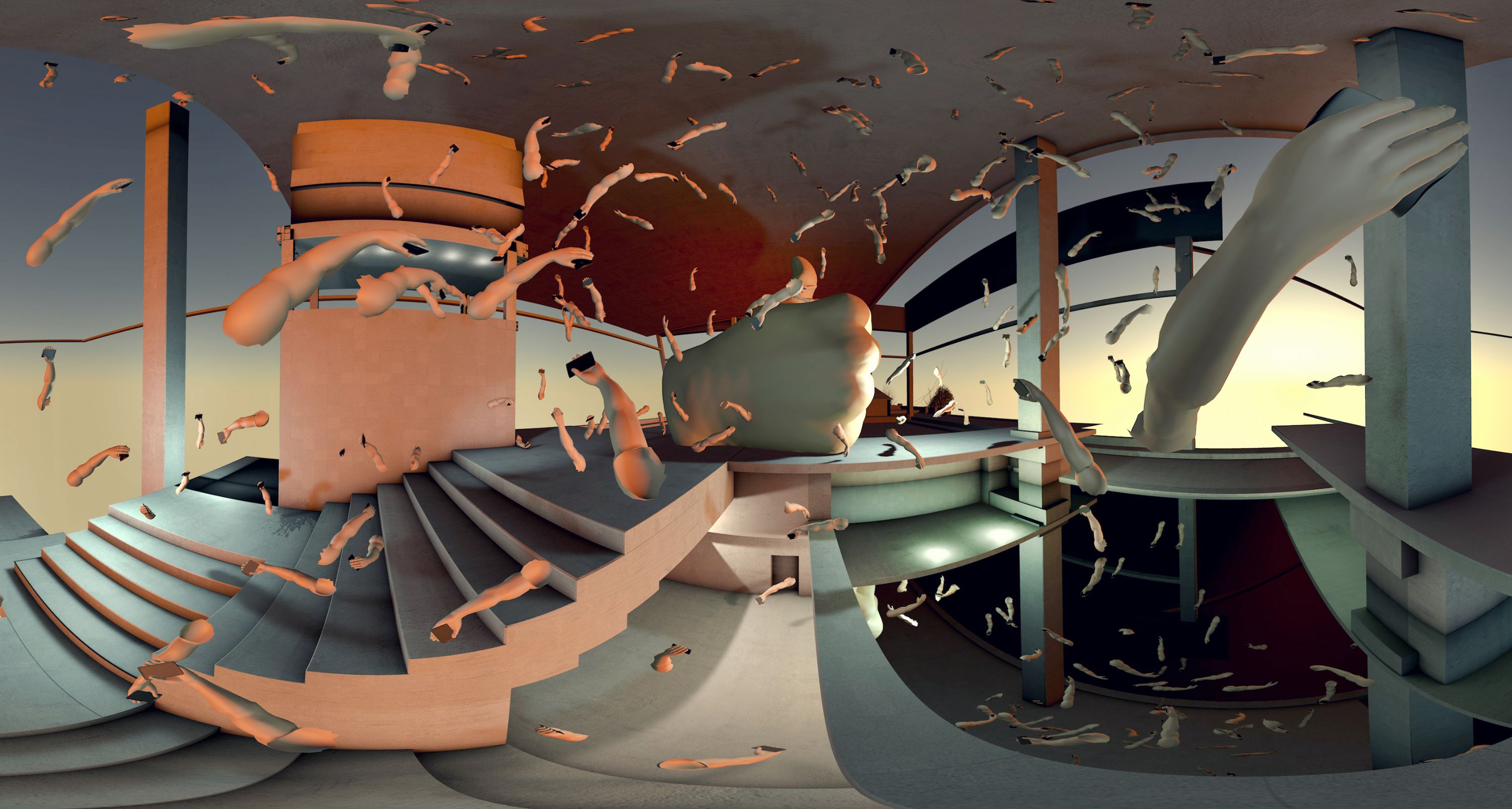 Touching From A Distance II: Transmediations in the Digital Age

Touching From A Distance II presents recent digital artworks immersed within the bookshelves and media hardware at the Goethe Media Space. The 10 featured works build bridges between literature, language, digital art or VR. Ornella Fieres explores the transitions between analog and digital imagery; Anna Ridler transforms Edgar Allan Poe’s Fall of the House of Usher into an AI animation based on the artist’s drawings; Aron Lesnik creates uncanny animations of people talking about the advantages of reading. The exhibition title cites Joy Division’s 1979 song Transmission, “Touching from a distance/sound, that's all we need to synchronize”, which praised the affect of telecommunication. As we stay connected via intangible yet visible information, the concept of transmediation reflects our internet routine. All works deal with transmediation, the process of translating information between different coexisting media — analog or digital, written or visual. —Curated by Tina Sauerländer

Jonas Blume is a conceptual video and installation artist. His work deals with online and offline realities and identities. He received a BFA in Sculpture from Pratt Institute, New York, and an MA in Visual and Media Anthropology from FU Berlin. He lives and works in Berlin, Germany

Manja Ebert is a video and media artist. She is interested in online culture and self-perception in the digital age. She studied Art and Media at UDK Berlin and is a master student of Prof. Candice Breitz at HBK Braunschweig. She lives and works in Berlin, Germany

Ornella Fieres is a photography and video artist. She deals with the transitions between the analogue and digital space, the loss and transformation of data and energy. She holds a Diploma in Visual Communication from Offenbach University of Art and Design. She lives and works in Berlin, Germany

Aron Lesnik is a conceptual video and performance artist. In his works he broaches the mechanics of representation and normative identities. He studied in Leipzig, Vienna and Braunschweig and was a master student of Prof. Candice Breitz. He lives and works in Berlin, Germany.

Lorna Mills is a digital media artist. She obsessively reconstructs and reanimates marginal or obscene online culture in GIF collages and physical installations. She studied at Information Technology Design Centre, University of Toronto. She lives and works in Toronto, Canada.

Sarah Oh-Mock creates surrealistic video works, installations, objects, photographs and drawings that deal with the artificiality of urban spaces, culture, nature and the subconscious. She studied at the Fine Art Academies of Berlin, Kassel and Mainz. She lives and works in Berlin, Germany.

Julia Charlotte Richter is a video artist. She explores the nature of human existence and the meaning of present in different stages of age and awareness. She studied at Fine Art Schools in Kassel and Braunschweig, Germany, and Portsmouth, UK. She lives and works in Berlin, Germany.

Anna Ridler is an artist and researcher who works with information and data. Her interests include drawing, machine learning, data collection, storytelling, and technology. She has degrees from the Royal College of Art, Oxford University, and University of Arts London. She lives and works in London, UK.

The Swan Collective is an artist group. They mix different techniques like 3D animation, painting, paper embossment, literature, photography and performance. The founder, Felix Kraus, studied Media Art at the Academy of Fine Arts in Munich and HfG Karlsruhe. He lives and works in Berlin, Germany.

Tina Wilke is a media artist from East Berlin. She deals with postcolonial processes in the context of global mobility and digital networks. She graduated from the University of Arts Berlin in Art And Media and the National University of Arts Buenos Aires in Theater with New Media and Interactivity.

Tina Sauerländer is an independent curator and writer. She is a co-founder and director of peer to space, co-founder of radiancevr.co and founder of Saloon Berlin, a network for women artists in Berlin.